Last August and September I took a trip through that most gun-filled of all isthmuses, Central America. I spent a month zigzagging through its small but fascinating countries, starting my way in Costa Rica and working my way up all the way to Mexico. And I ate a whole lot of beans and rice.

Costa Rica underwhelmed me from the start, though I hesitate to speak too harshly of a country that is a global model for eco-tourism. I suspect that I simply wasn’t feeling the vibe, and my wallet wasn’t feeling the surprisingly steep food prices, both of which prevented me from sticking around. The capitol of San Jose was friendly, but not particularly scenic or interesting. 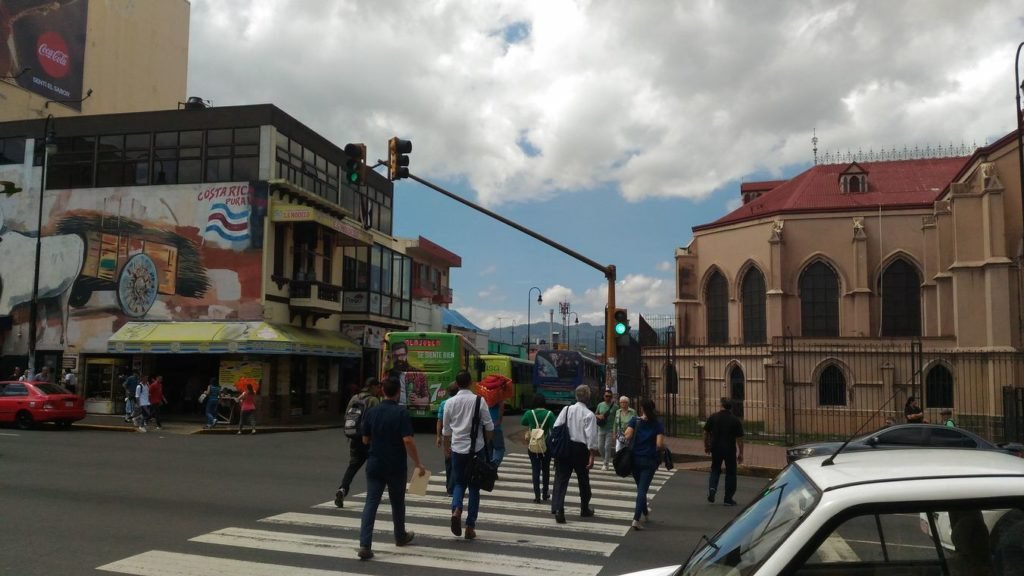 I foolishly skipped the famous cloud forests of Monteverde and went straight to Samara – a beach town that boasts some pretty white sand coast, but had the rather dreary vibe of a touristy beach town in low season. (Beach towns in high season are merely annoying.) 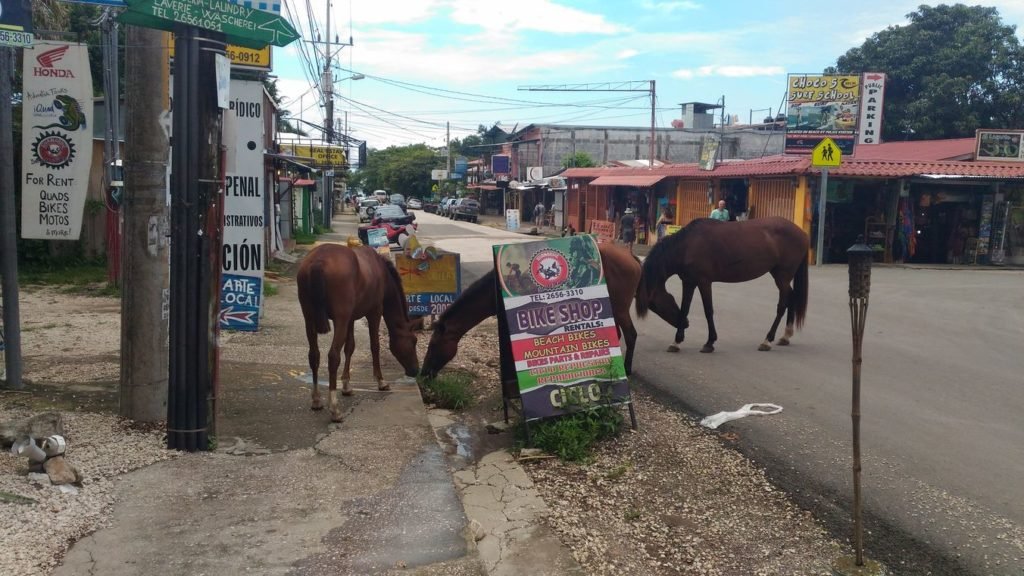 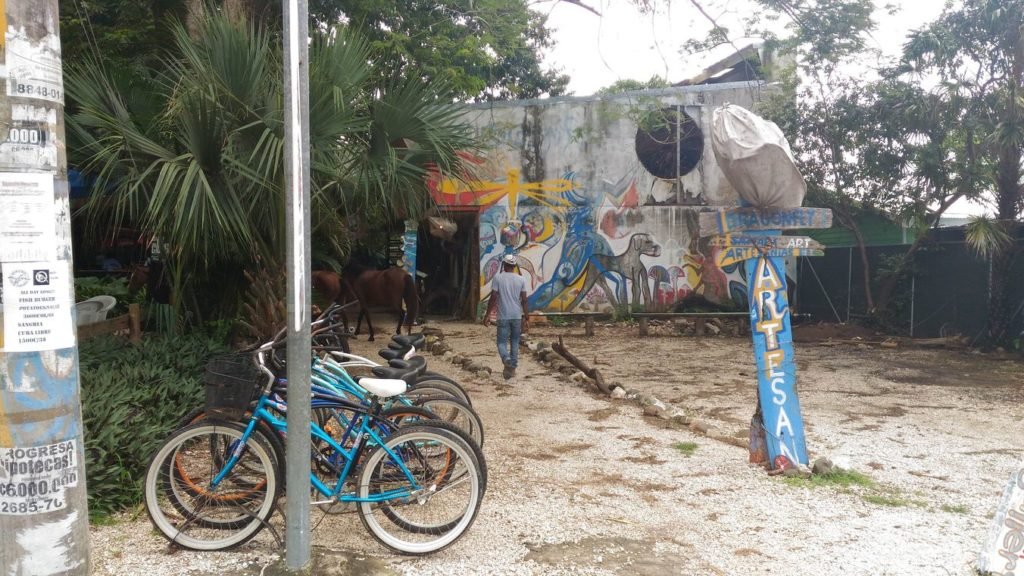 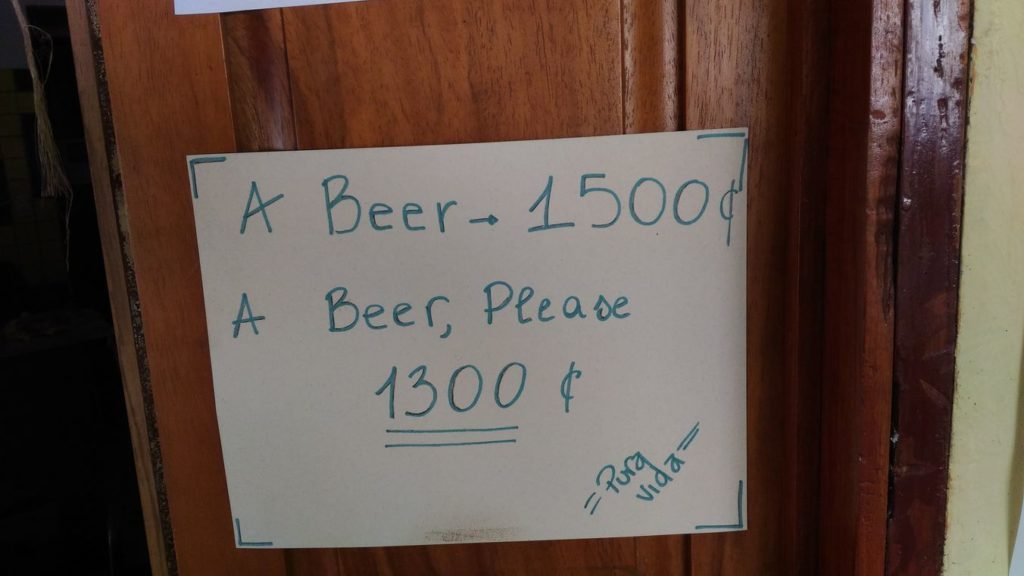 I did at least manage to have a pleasant day bicycling to a few nearby beaches, and even wandered off into some dense foliage for a mini-jungle adventure. (Not sure if I was trepassing?) 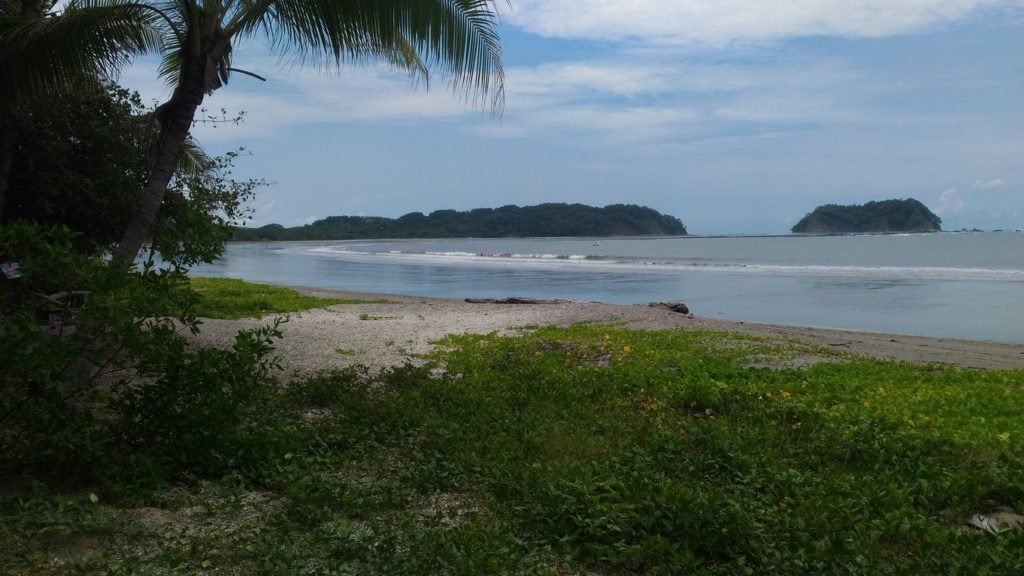 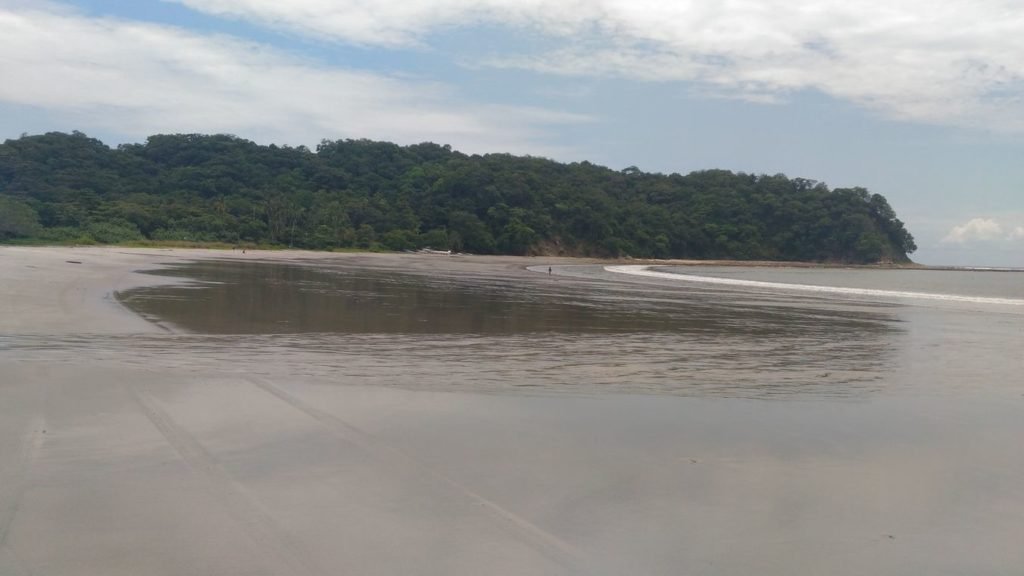 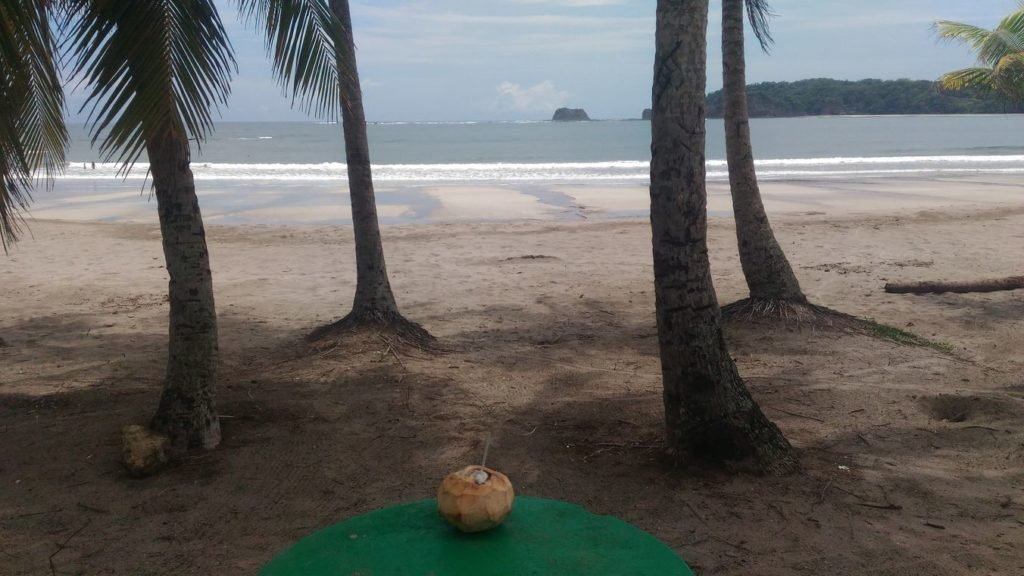 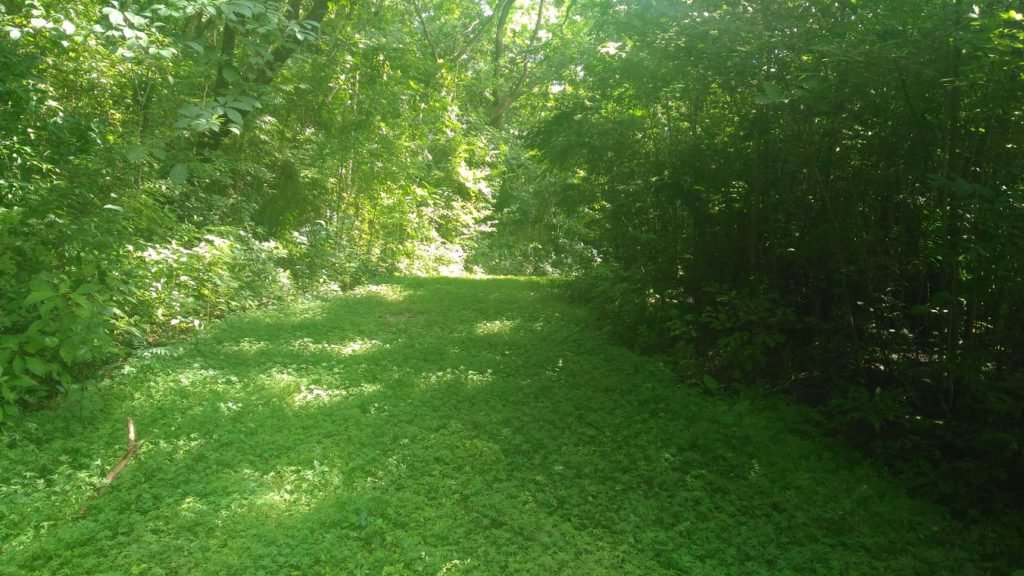 After Samara, I decided to cut my losses and head for Nicaragua. I did this with some trepidation: Costa Rica has a reputation for being far safer than neighbouring countries, albeit one that has lost some of its luster thanks to the recent rise in crime within its borders. Nonetheless,entering into Nicaragua made me feel like I was finally entering the “real” Central America: a land of gun-toting outlaws where taking public buses or going out after dark was a recipe for disaster. As it turns off, I was way off from the truth.

After riding the bus to the border, I walked across into Nicaragua and learned that I was in a whole new culinary world. I discovered friendly vendors selling quesillo, a tortilla filled with cheese and pickled onions – more like sauerkraut than anything  else – and drenched in sour cream. If I was going to be robbed, I at least wasn’t going to let it happen on an empty stomach. 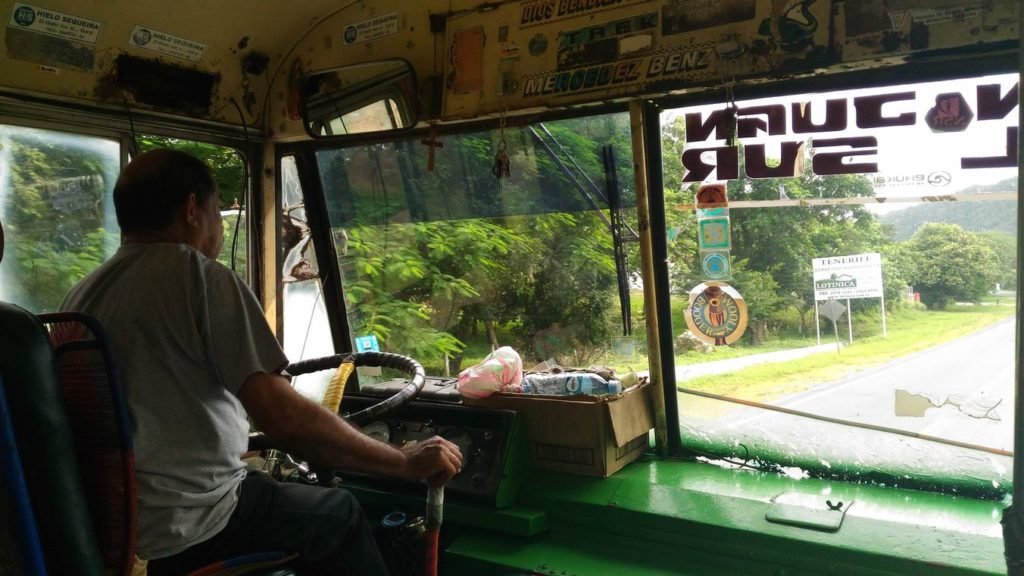 I caught a second bus within Nicaragua and proceeded to another beach town, San Juan del Sur. I did this in spite of the fact that my buddy Joe, my long-distance guardian angel and Facebook Messenger tour guide, who had previously warned me about Costa Rica being too touristy for my tastes, said the same thing about San Juan. Since he was right the first time, I naturally decided to ignore him again.

Actually, the town as a whole was not bad. Unlike Samara, which turns rather featureless once you get away from the seaside, San Juan turned out to be a legitimate town in its own right, one that had clearly existed long before the gringos arrive to get wasted off their asses. A few blocks back from the predictable hotels, restaurants and bars was a charming plaza where locals would sit into the night making use of the free Wi-Fi – a surprisingly common amenity in Nicaragua’s town parks. I filled my gullet with barbequed chicken and plantain chips – another Nicaraguense specialty – and marveled at the passing parade honouring the anniversary of some glorious revolutionary event or other. 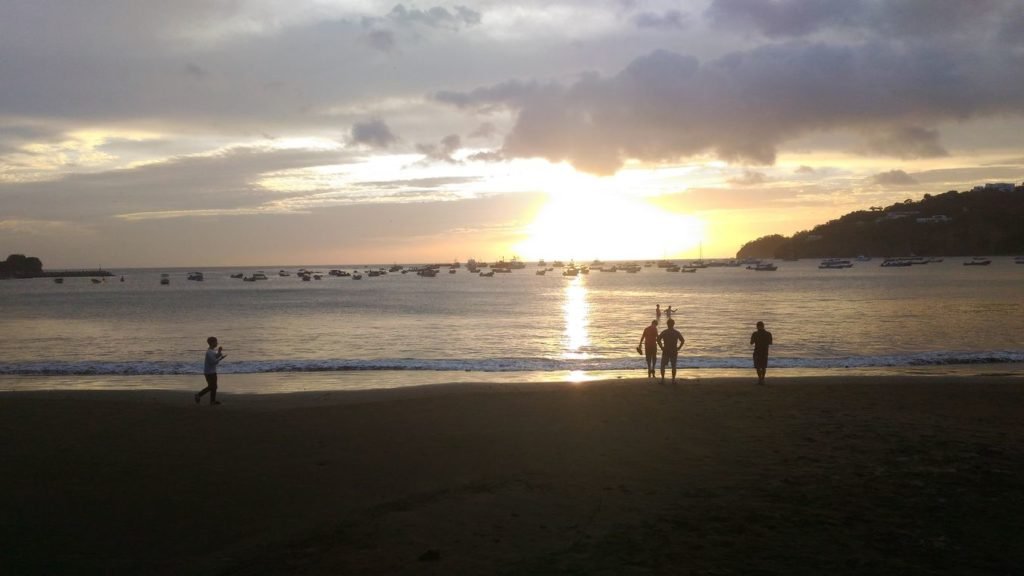 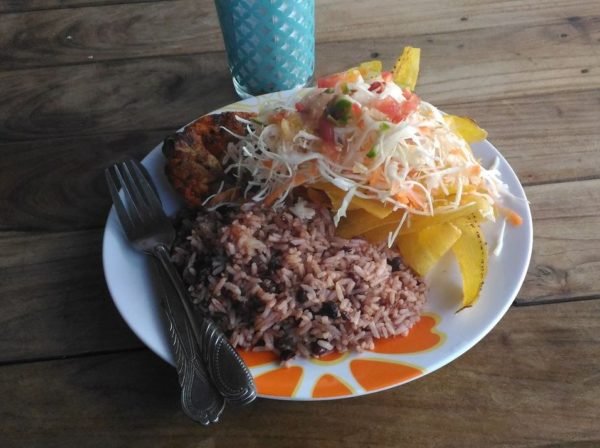 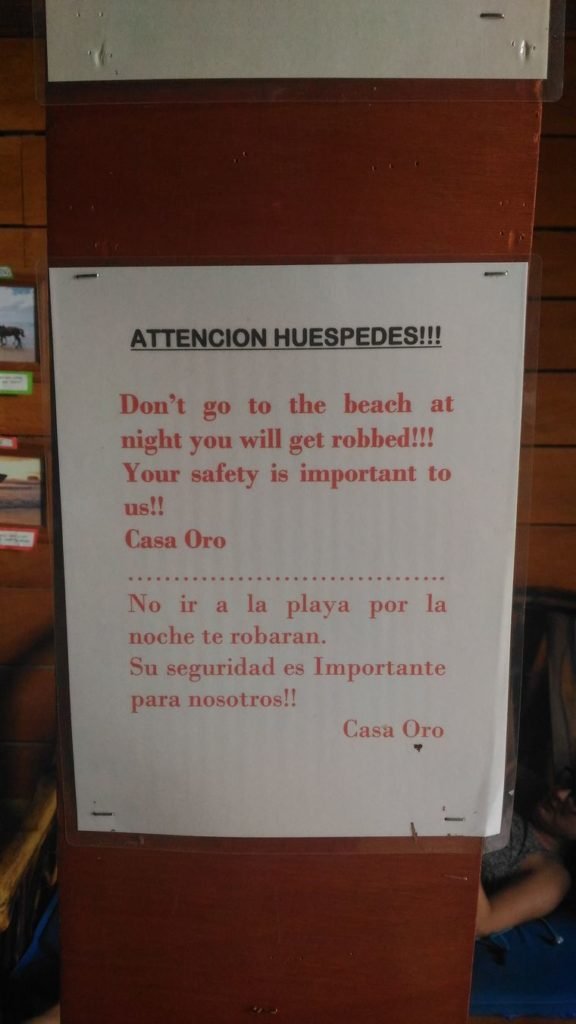 But like a moth drawn to a flame, I foolishly let myself explore the raison d’etre of San Juan del Sur: young foreign millennials getting drunk off their asses, presumably as part of their “personal journey” to “find themselves” while making regular updates to Instagram. A lifetime worth of personal humiliations and depressing drunken stumbles home should have already convinced me that an awkward autistic man with two left feet has no business on a dance floor. Nonetheless, I forged ahead and illegitimately joined an ongoing pub crawl in a misguided attempt at interacting with drunk cool kids a decade younger than me, all while being stone-cold sober. As someone who can only communicate eloquently through words, it was rather alienating to be surrounded by people who seemed so happy to communicate solely with their bodies. Watching these free-spirited young drunks dance the night away in my sober detachment made me feel like a visitor from another planet, presumably one populated by lame old alien dudes.

After a second night of this, I wandered away from the gringo bacchanal and was happy to come across a more local celebration. Some townspeople were sitting outside on plastic chairs, getting up to dance wildly to some local rhythms. Compared to the tourists who spurned me, they seemed like a more inviting bunch, so I sat down at a table to drink a bottle of Sprite like the Supreme Pimpdaddy I was. After a while I managed to ingratiate myself with some friendly-but-loud locals, and even began cautiously interacting with a beautiful local girl who, a bit oddly, was out drinking and dancing with her father and brothers. (Cultural differences?) We began talking, at least to the extent that I could distract her from her cell phone, and were eventually encouraged to dance. The repulsiveness of my dancing didn’t completely sicken her, and our conversation seemed to be going well until I rather naively asked the girl – who was 18 – what she was planning to study in college. She became sullen, and eventually ended up sobbing with her head on her father’s lap, her brothers glaring at me angrily. Not eager to get punched out on a beach in Nicaragua, I left as quickly as I could. In retrospect, her family must have been so poor (though not obviously so) that higher education wasn’t an option to her, and my bourgeois presumptuousness only rubbed salt into her wound. I felt like a cad.

The local countryside was pleasant enough, at least. Still having the scars to prove that I’m not much of a motorcyclist, I foolhardily rented a single-speed bicycle and set off along the potholed country roads to visit local beaches. They (ahem) didn’t have anything on the most beautiful beaches of the Philippines, but the journey was a refreshing escape from the steady destruction of my soul, in spite of some dispiriting run-ins with beach babes and surfer hunks. Luckily, they did me no permanent harm. 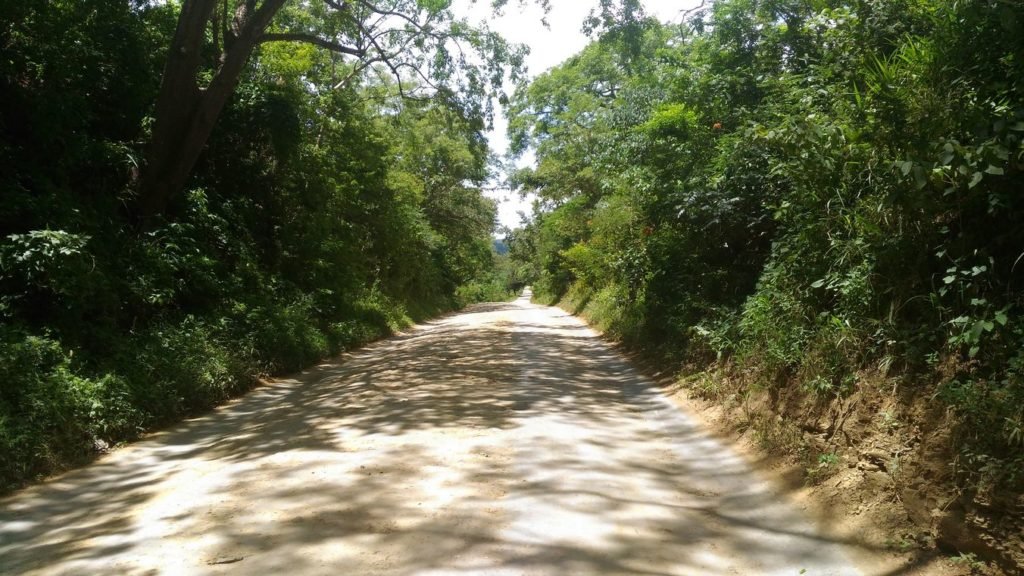 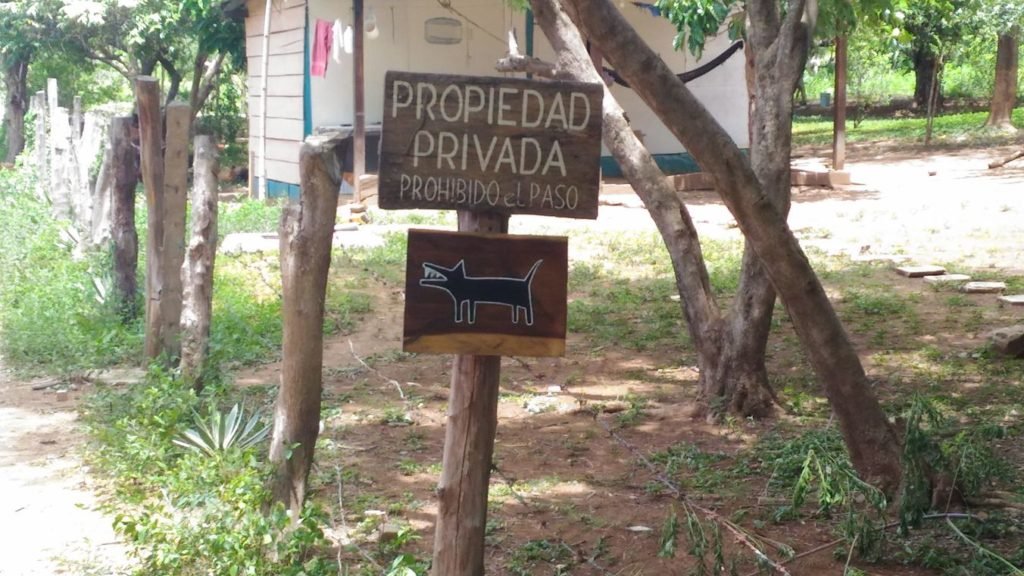 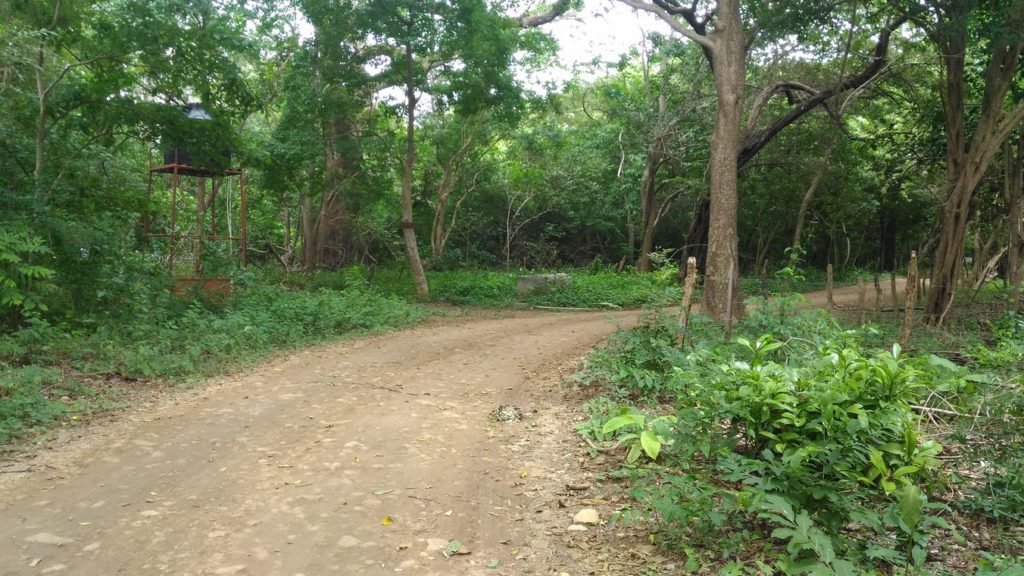 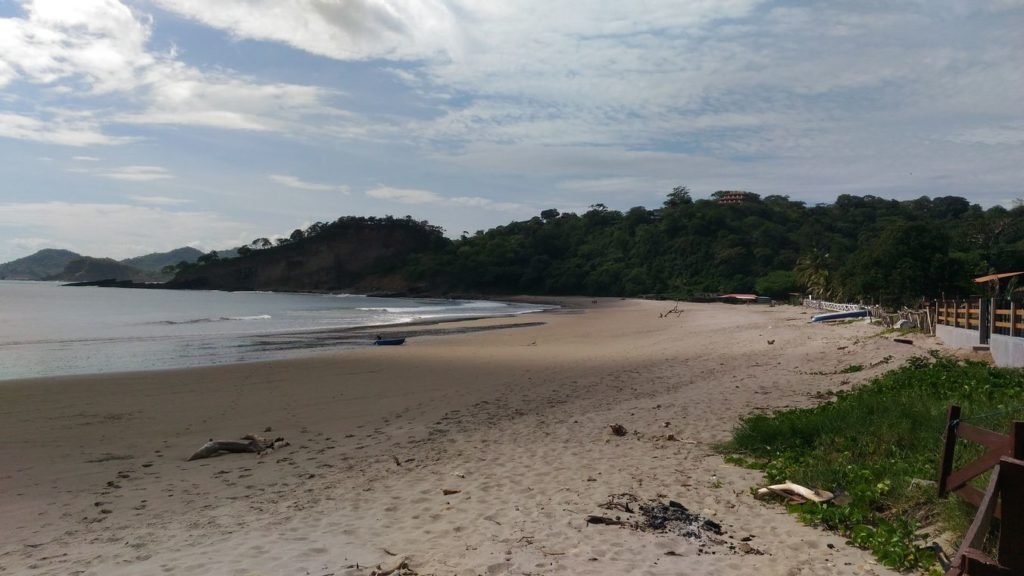 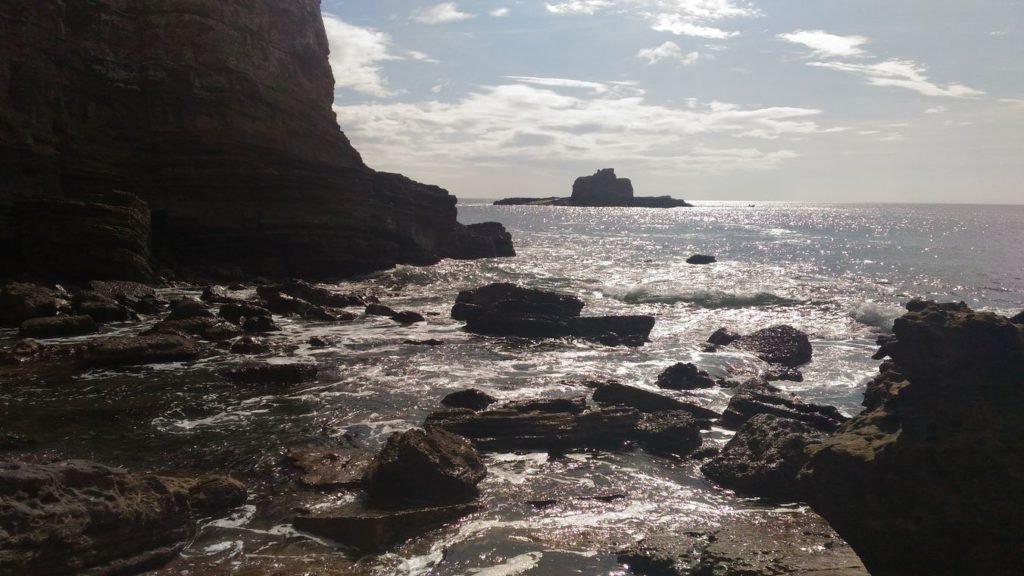 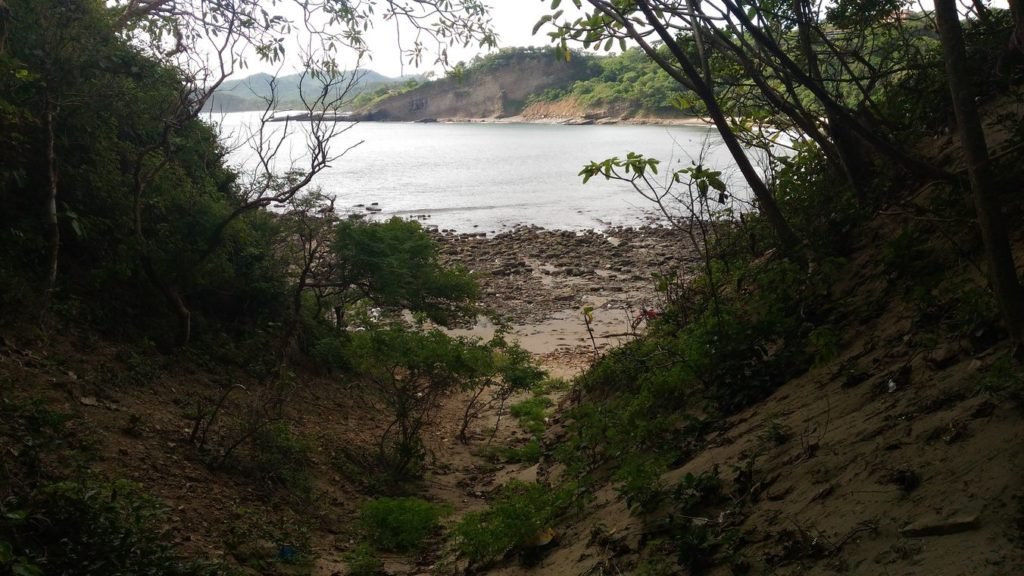 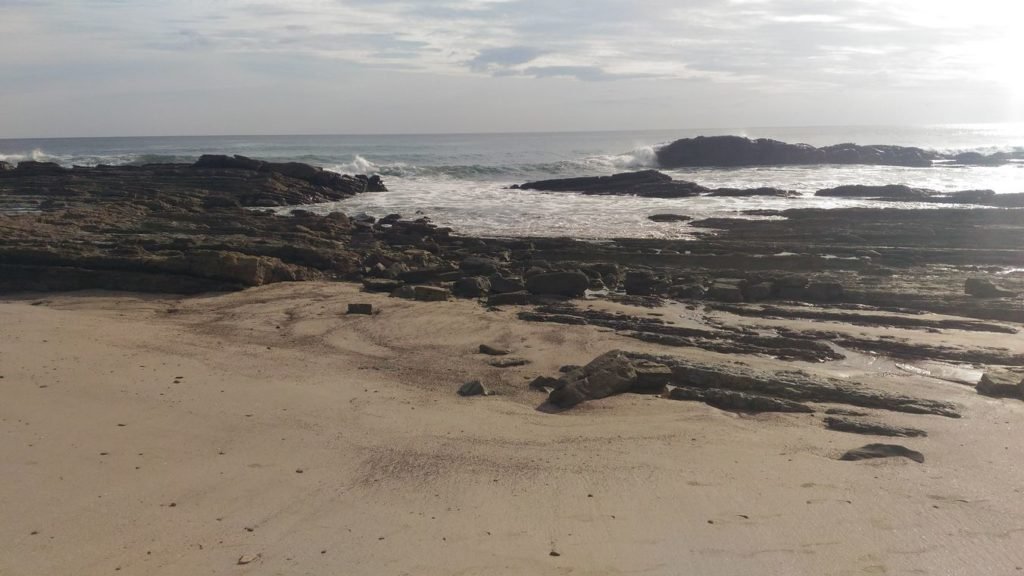 From San Juan I moved on to Rivas, a city that serves primarily as the gateway to the famous Ometepe Island. I could have continued straight to Ometepe in the same day, but I needed to cleanse my palate from the horrors of the tourist trail by staying in a perfectly uninteresting, tourist-free place like Rivas. My one day there was spent drinking copious amounts of coffee near the main plaza, and rushing home in the darkness at 6:30 PM after realizing that I was at significant risk of getting my ass robbed. I hid inside my room and entertained myself with the free Wi-Fi until the morning.