Unfortunately, not being one to quit while I was ahead, I moved on to El Salvador’s second-largest city, Sta. Ana, to embark on a morning hike up the eponymous Sta. Ana volcano. The city seemed pleasant enough in the daytime, with excellent stuffed animal-shopping options and a very, very white church. 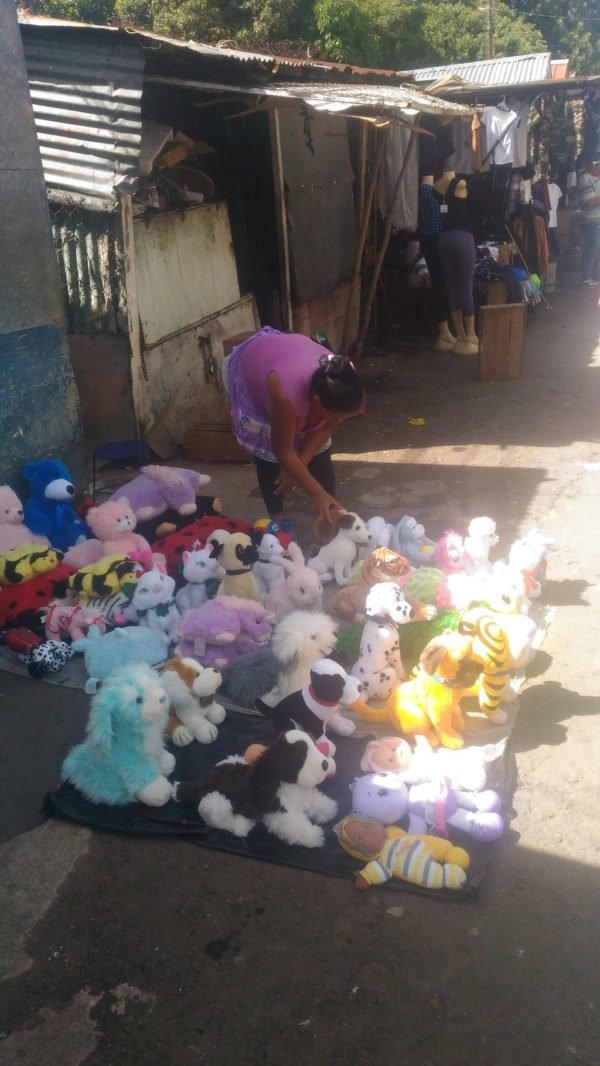 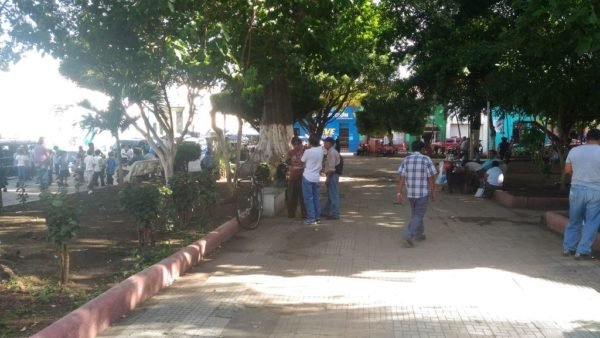 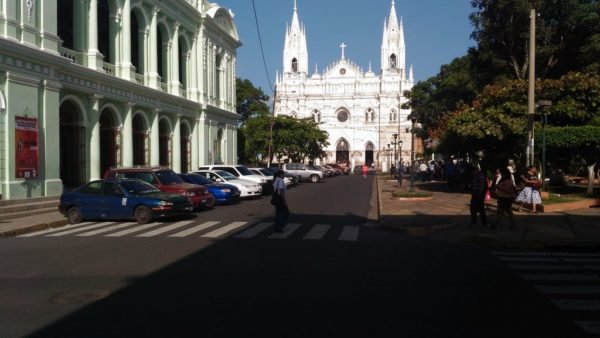 My hotel was 12 dollars a night of pure class, a rather ramshackle place that, horribly, felt the need to post an explicit reminder that child sex tourism is not cool. 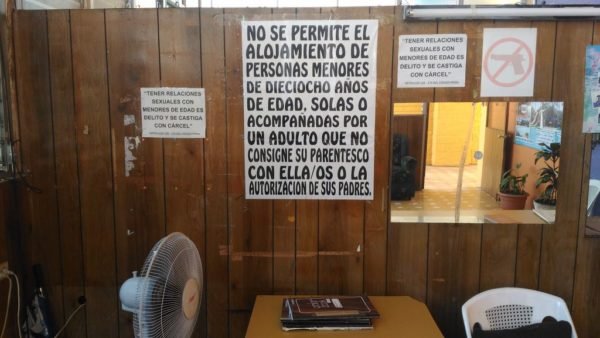 Left: “Having sexual relations with minors is a felony and is punishable with imprisonment.” – Yeah, no shit.

Right: The gist of the sign is that they don’t allow any child to stay there alone, or accompanied by an adult without written parental permission.

To be fair, the hotel staff seemed like kind and decent people, but why do we live in a world where these kinds of announcements are even necessary?

I guess that also explains why Canada Customs felt the need to go through my laptop with a fine-toothed comb when I returned home from my Central American tour. Gross.

The next morning I set off to climb the volcano. In another reminder that I was still in one of the world’s most dangerous countries, I could only reach the summit by joining a group tour accompanied by mandatory armed police escort. The hikers and the police were in good spirits, though, and it was a beautiful, sunny morning.

Also, they were selling pupusas right inside the national park!!! 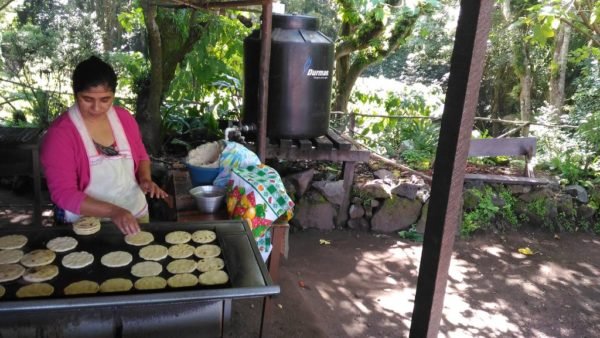 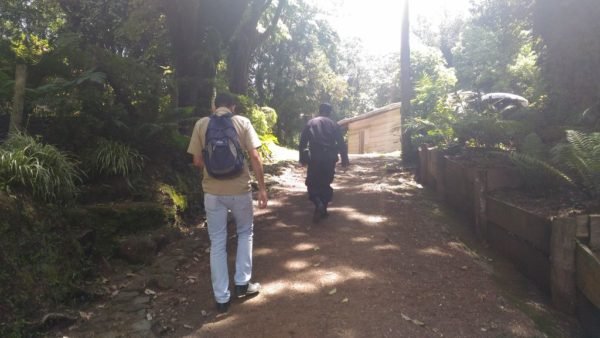 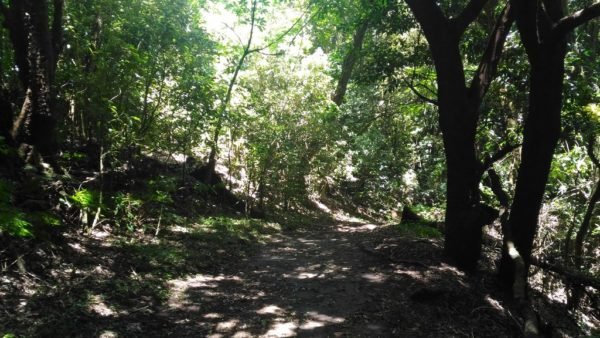 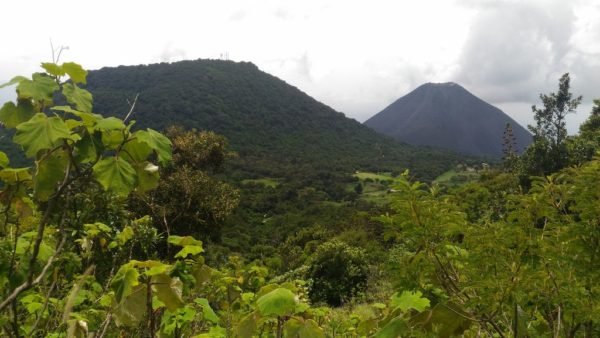 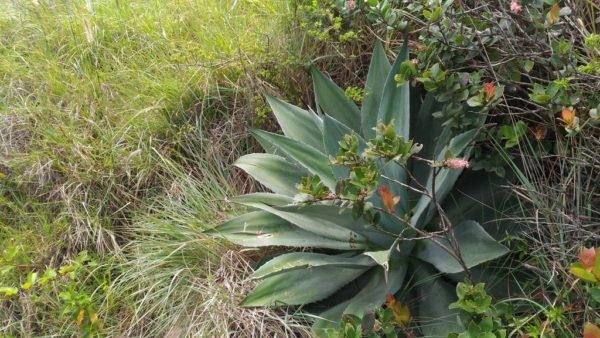 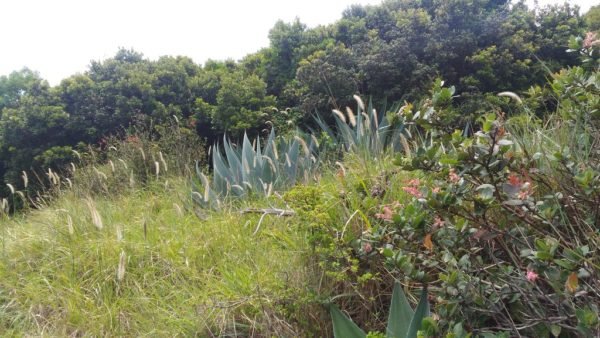 Many of the Salvadorean city-dwellers I was with seemed to have a lot of difficulty with the fairly gentle ascent, giving me a nice, inflated sense of my own physical fitness. This ice cream vendor seemed to have a pretty easy time going up the mountain, though. 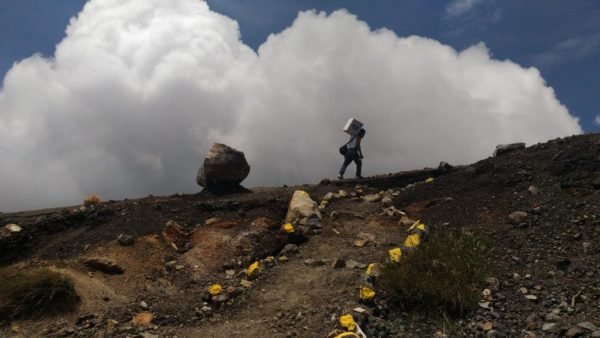 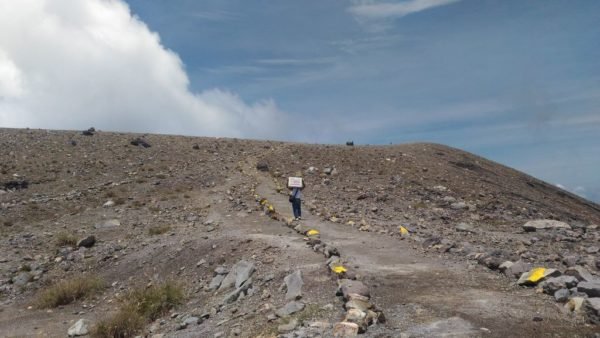 After a few hours of scrambling over smallish rocks, we were rewarded with a rather gassy crater lake and a nice-ish view of the countryside. 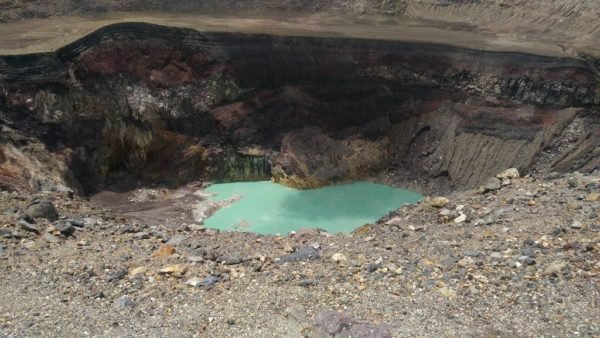 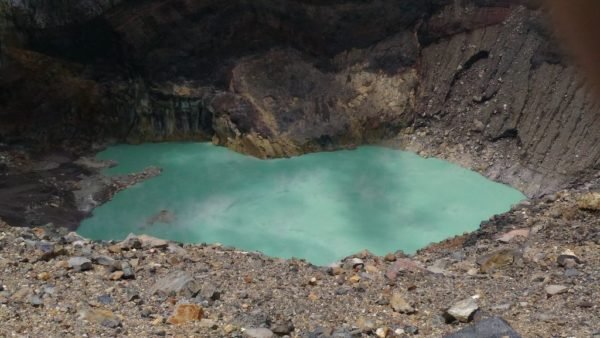 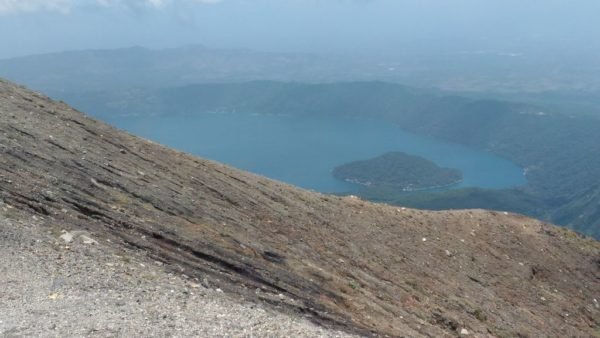 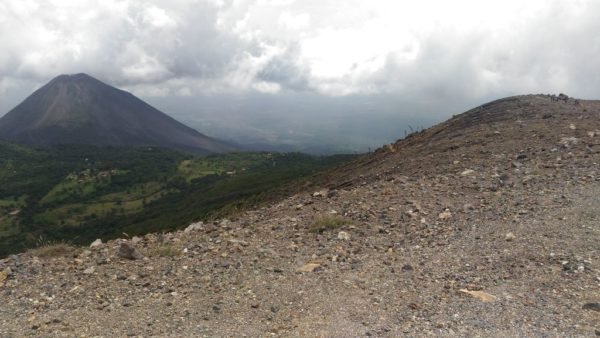 Also: what I can only assume is the traditional Salvadorean custom of making balloon animals on mountaintops. 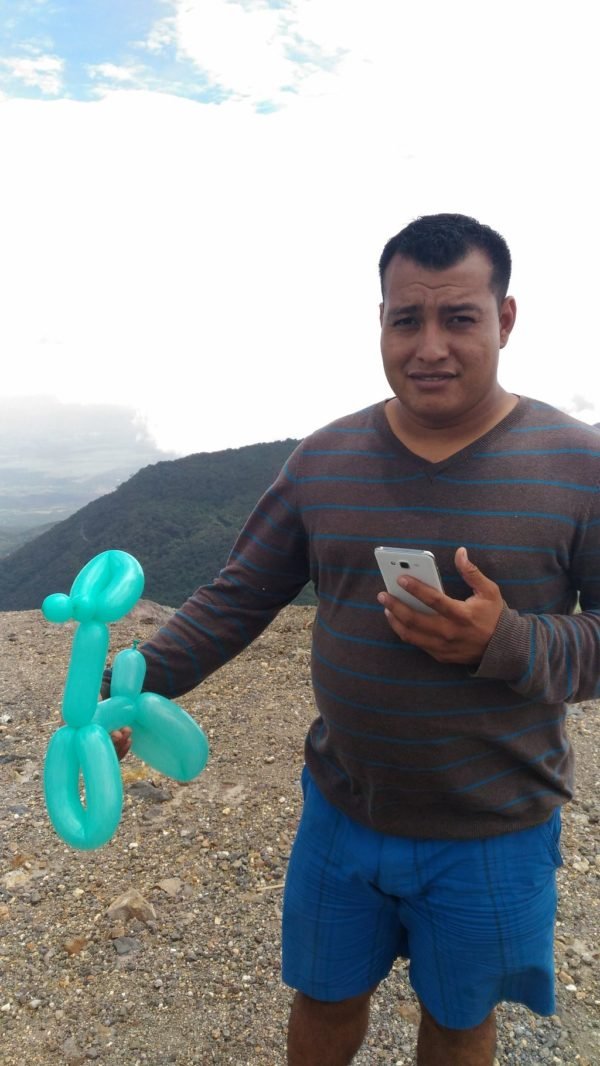 The trip back to city, however, had some unpleasant surprises in store. One of my favorite games to play while traveling is “Avoid Doing an ATM Withdrawal for As Long As Possible”, based on the sound premise that you can save money while traveling by delaying, for as long as possible, withdrawing money that would only be wasted on such foolish luxuries as food, shelter and transportation. I came close to my all-time high score that day, returning from the hike with the princely sum of 11 cents (the US dollar being the currency of El Salvador).

I was ready to celebrate my razor-thin margins when I discovered that I was a bit too good at the game for my own good. With darkness approaching in a city that didn’t seem likely to be that safe at night, I scrambled around looking for a working ATM. With an empty stomach, a hotel room to pay for and a bus to catch to Guatemala at 6:30 AM the next morning, this was not something that I could put off until daylight.

I searched feverishly for a machine that would work with debit cards on the Cirrus or Maestro networks – both of which turned out to be quite rare in Sta. Ana. After repeated failures, with the sky now pitch-black, I finally found an ATM that supposedly supported the networks – only to realize that my card was blocked because I hadn’t included El Salvador in the meticulously detailed list of travel destinations that I had provided to my bank.

Even after sunset, the town continued to grow darker, with shops closing down and barring up their windows at an alarming rate after 6 PM. Street lights seemed to be almost non-existent. I rushed back to my ritzy $12 hotel room to fetch my backup credit card, only to have it start raining cats and dogs. Starving and with 11 cents to my name, I was forced to go back out into the darkness and rain with no umbrella, just a modest autumn jacket.

At this point my area of the city seemed to be deserted, with the very few visible pedestrians presumably either being muggers or people desperately trying to not get mugged. And so, just to be on the safe side, I left my fancy new cell phone in the room. But with no offline map I soon got hopelessly lost, and ended up wandering in endless circles through this veritable mugger’s wet dream. Sometimes I would find half-open shops, asking directions from visibly concerned shopkeepers who answered me through steel bars. I found myself unable to find any of the numerous ATMs that I had tried before, any of which probably would have worked with my MasterCard. By this point, I was naturally losing my shit.

Finally, after a few more failed attempts, I eventually managed to withdraw several hundred dollars worth of mugger bait from a working ATM. After a few more minutes of aimless wandering while trying to stop the potent stench of money from wafting out from my pockets, I finally found an oasis of light in the darkness: the well-lit, well-policed central park. The park was full of food vendors and relaxing locals, a whole world away from the terrifying darkness a few blocks away. I devoured an order of French fries, three pupusas  (not very good ones, but that was irrelevant by this point), a bottle of Coke and a delicious cup of hot chocolate – and I certainly earned it!

After a final sprint back to my sleeping shack, I rose to catch the bus to Guatemala. In an extraordinary outpouring of good luck, the bus was late, giving me time to visit the friendly pupuseria across from the bus station and ensure that my final pupusas in El Salvador would be up to my most exacting pupusa standards. And so it was that I left El Salvador, with a stopover that started off as basically a dare to myself ending up as yet another wonderful surprise. The friendliness and decency of the Salvadorean people, either in spite of or because of the extraordinary suffering that they have endured, ended up being the loveliest surprise of all. And with my belly full, my pockets finally containing more than 11 cents, and my torso completely free of bullet holes, I continued on to Guatemala.