I recently took a trip to Zacatlan, Puebla. It’s technically a small city, but certainly feels more like an overgrown country town, in the best possible sense. The town has many delights to offer – Apples, great food, gorgeous mountain views, gregarious locals, apple-flavoured beverages, and apple-flavoured condiments. But one thing I always enjoy when visiting this type of town in Mexico is observing the free movement, congregation, and comings and goings of the local dogs, which wander from sidewalk to street to highway without an apparent care in the world. They gather freely for their inscrutable purposes, sniff each other’s butts, and eventually disperse, heading off on their next adventure.

Some of these dogs may be homeless, and some may have owners who simply let them roam without worry. Sometimes the homeless ones are obvious, and quite a tragic sight to behold. But in other cases, they’ve been on the receiving end of enough luck and/or tasty handouts from the local humans for the distinction to not be obvious. Either way, one of the wonderful things about dogs is that they do not discriminate on the basis of class. They have their friends and enemies, of course, and they choose them based on some mysterious set of criteria, of which smell is presumably close to the top. But happily, it seems that a disgusting skin or eye disease is no obstacle to the formation of a friendship or a strategic alliance. END_OF_DOCUMENT_TOKEN_TO_BE_REPLACED

In the midst of my rising terror over my imminent departure from Manila – and with it, the loss of my home base and the end of a life I’ve known as the norm for quite a few years – it’s worth taking a moment to step back and find comfort in life’s simple pleasures. One of the sweetest pleasures – perhaps the sweetest of all – is the act of reflecting upon the funny ways that people have unintentionally messed up the names of my dogs. 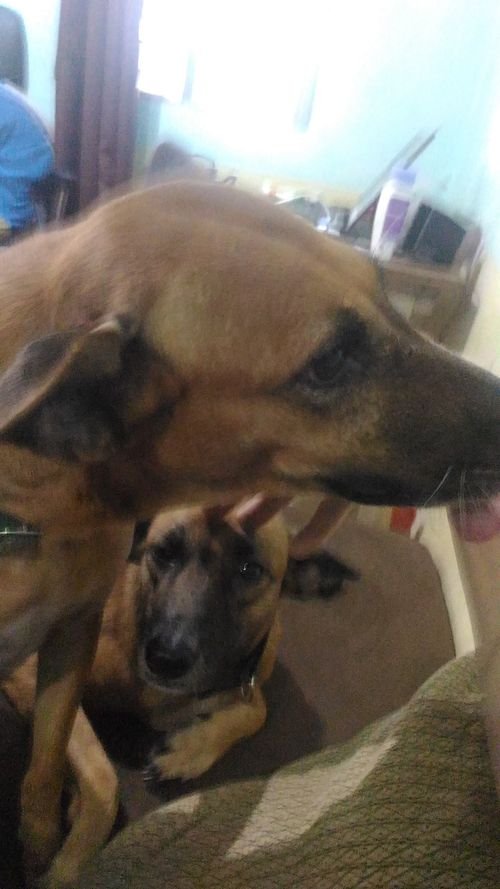 My dogs are named Bop and Chichi. Bop was a dog I accidentally-on-purpose inherited when I rented a house in Davao City. She had been guarding the house I rented, and kind of ended up staying there by default after I moved in. Apparently the son of the house owner was into Barney and Friends, which I didn’t know was still a thing in 2013 – but hey, that makes me feel less old! Here are a few ways people have gotten Bop’s name so very, very wrong:

Pot-pot – Source: A woman I dated for a while in Davao City accidentally referred to Bop by this name in one solitary, immortal text message. For the sake of this poor woman’s privacy and my own, I will say nothing else about our sad, lurid, utterly bizarre pseudo-relationship.

Fox – Source: One day I was taking Bop for a walk around our neighbourhood in Davao City. A little boy, perhaps eight years old, approached and asked, “What’s your dog’s name?” “Bop,” I answered calmly. “Hi, Fox!” he exclaimed with great enthusiasm. I did not shake his budding confidence by correcting him, because the children are our future.

Bob (or possibly “Bab”?) – Source: The Iglesia ni Cristo handyman who has done so much to keep my house in Muntinlupa from collapsing during the last few years. There was a period when he would try to convert me to his religion every time he came over to fix something. When he and an electrician installed a big-ass old school TV antenna in my yard, they wanted to make sure it got a clear signal for the Iglesia ni Cristo channel. His attempts at converting me have fallen flat, and he has since given up; I am still trying to gently correct him whenever he calls my dog “Bob”, but so far I’m not having any luck their,  either.

Buff – Source: A woman from the city veterinarian’s office who wrote my dog’s name in great haste on her rabies vaccination certificate. The vet’s office had set up a free immunization clinic in my neighbourhood, and I literally caught them just as they were driving away, at which point they kindly vaccinated my dogs out of the back of their van. So, I can’t blame her, although I would object that my dog is more lean and sinewy than buff per se. 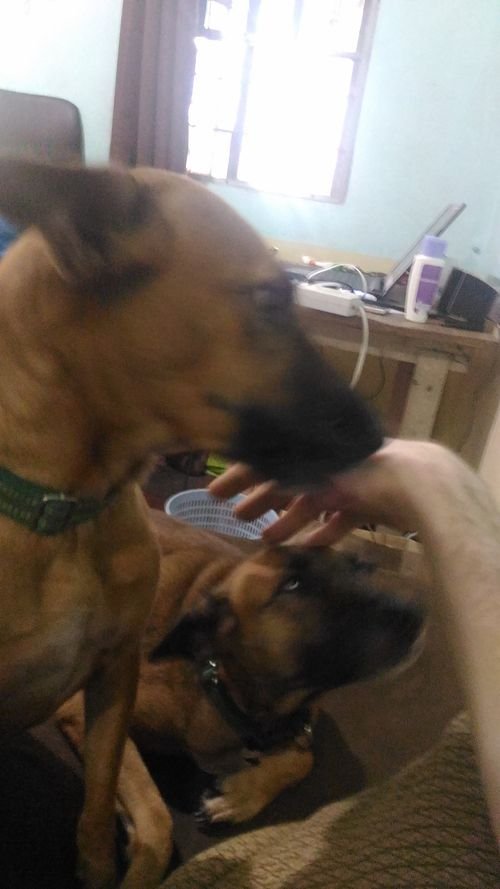 END_OF_DOCUMENT_TOKEN_TO_BE_REPLACED

The Tunasan Rat Patrol (TRP) is a crack force of one human (Bloggerbels) and two dogs (Bop and Chichi) who work tirelessly to keep one house in the Tunasan District of Muntinlupa City… well, if not exactly rat-free, then at least within an acceptable rat limit.

On the evening of Sunday, January 8th, 2017, the human member of the Patrol returned home to the Rat Patrol HQ to discover that the shower drain had been forced open. Unfortunately, this is a typical way for rats to gain entry into the house. But even more unfortunately for the rats, the TRP was on duty that night, and its canine members (the Spotters) began following their noses, hot on the trail of the rodent intruder.

END_OF_DOCUMENT_TOKEN_TO_BE_REPLACED

I recently returned to my beloved pooches in Manila after over five months of travel. Apparently I belong to the “out of sight, out of mind” school of attachment, as opposed to espousing the opposing “absence makes the heart grow fonder” theory – That is, I have to confess I didn’t miss them very much at all while I was off devouring stinky tofu in Taipei night markets and gawking at the opulent marble pedestrian underpasses of Baku.

But upon returning to Manila and settling back into my old life, I quickly realized what a balm it was to be welcomed home each time by hyperactively sweet balls of loving fur. And as I reflected upon how aggressively loving they are, I remembered a term (not original) that a former friend had used to describe dogs: loving machines. And as I turned the term over in my head, it slowly stopped being adorable and gradually became a bit creepy. END_OF_DOCUMENT_TOKEN_TO_BE_REPLACED

My neighbours a few houses down seem like nice enough people. We greet each other pleasantly from time to time, and I remain grateful for the time, back when I was originally house-hunting in the neighbourhood, that they let me step inside their house and use their landline to call up the owner of the house that I would eventually rent. They also run a tailoring business out of their house, and I have to assume they did a good job of fixing the hole in my jean pocket, although I haven’t actually worn the jeans since I got them back.

Unfortunately, my neighbours also have two medium-sized dogs that they keep confined in very cramped cages, not much larger than their bodies. I don’t think this is from simple lack of space – their house, while not lavish, looks reasonably roomy and comfortable. But the dogs probably aren’t pets in the way that westerners would understand; they’re treated more as living burglar alarms, which is a fairly common practice here. I do hear the dogs bark from time to time, as you probably would if you had to spend your life inside a small cage, but the noise isn’t really much of an issue – mostly I just feel bad every time I pass by the house and witness their deplorable living conditions. (I won’t be posting a photo here, both because I’d rather make a boring post than a painfully sad one, and also because I don’t want to make my otherwise pleasant neighbours wonder what kind of malfeasance I’m involved in.)